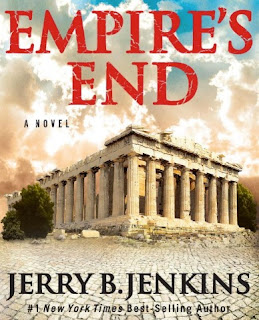 Jerry B. Jenkins' "Empire's End" deserves three stars just for being slightly more readable (and less painful) than previous Jenkins efforts on fictionalizing the Bible. His version of Saul/Paul's story maintains interest, but feels more like the story of any other early Christian. It just doesn't feel like the Paul of the Bible - this Paul keeps a journal and has a romance. Furthermore, Jenkins misses several opportunities to delve deep into emotions, motivations and history. His descriptions are plain, and because he quotes directly from the Bible, characters' speech habits are inconsistent. When Paul is in the wilderness, Jenkins has God teaching Paul word for word from the New Testament, which strips the NT books of their historical context and style as authored by man (inspired by God). Paul repeats his conversion story a lot, and it becomes tiresome to read again and again. And Jenkins inserts a modern, relativistic sensibility into Paul's conversations. The ending is sudden and begs for a sequel. Again, this book is far better than past books by Jenkins, but the author has a long way to go to become a notable writer worth the reader's time.

*I received this book for free in exchange for my honest review.
Posted by Wheeler Reviews at 8:17 PM