Review - Fiction - For Such a Time 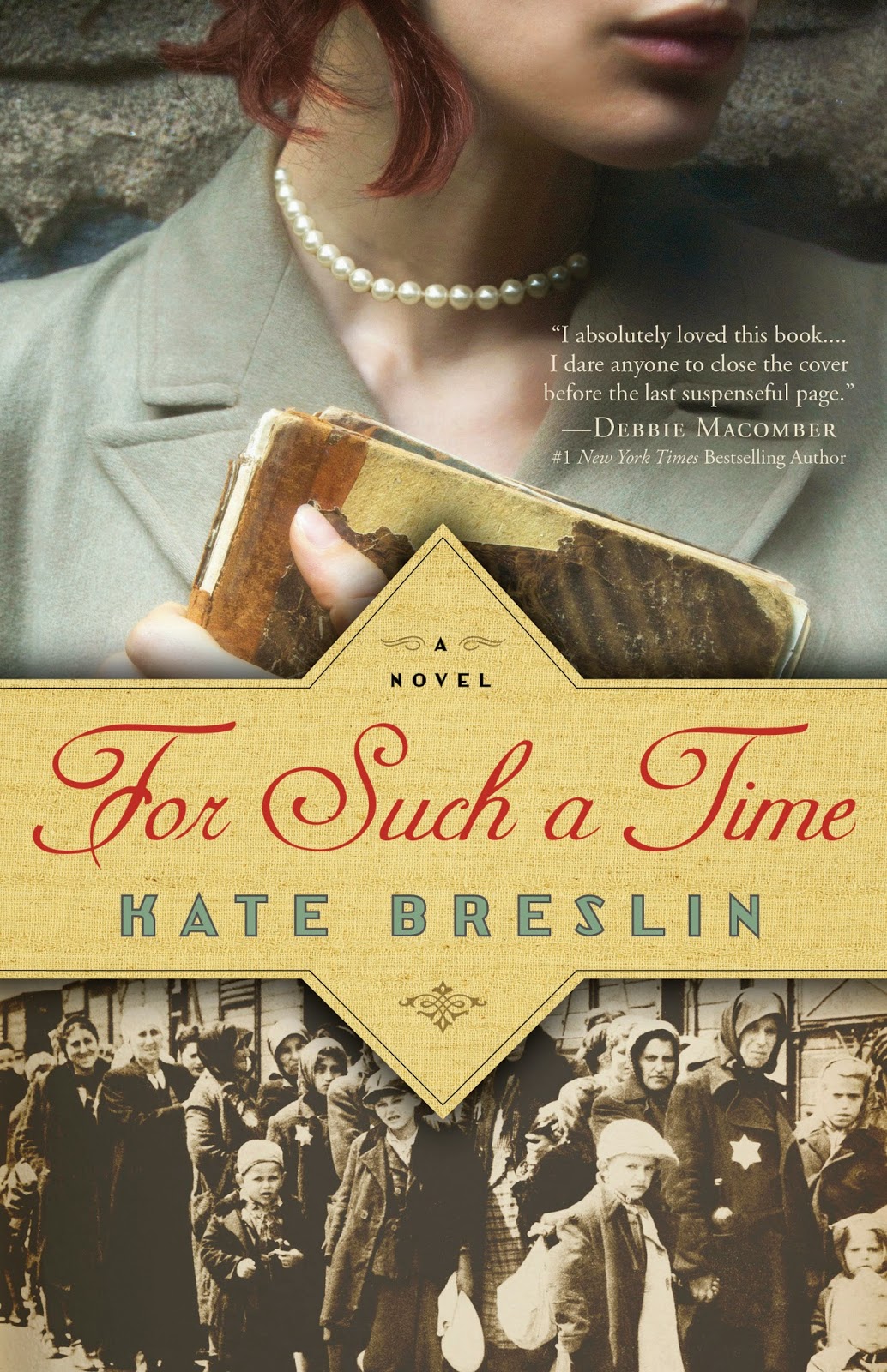 I'm your typical Christian romantic, so naturally I love the story of Esther and all its film and book adaptations. Kate Breslin's "For Such a Time" is an intriguing and new take on the famed story of ultimate strength of faith ... and romance (forget all that harem stuff).

Breslin relocates Esther to the Holocaust in World War II Germany and Austria. Stella, aka Hadassah, hinds behind falsified papers and the generous SS-Kommandant Colonel Aric von Schmidt, who spots her in the firing line just in time to save her. He takes her on as his secretary at the camp where her uncle Morty just happens to be imprisoned. Aric's conscious prickles at him as he falls in love with Stella, all the time torn between his indifference and his duty to his country.

While Aric's motives and background are not always clear, the rest of the story develops beautifully. Breslin writes incredibly well for her first novel. She includes quotes from the book of Esther at the beginning of each chapter, hinting at what is to come, but the turns and twists her characters take stay true to the original while taking completely new and unexpected paths. Of course Stell won't be the salvation for her whole people. Aric is not Hitler. But she does play a key role in the salvation of her family and others at the camp. You'll have to read the book to find out how. It's worth it. One of the best historical romance novels I've read in a long time. Compelling and original.

Side note: Breslin did have trouble making this book particularly Christian. She inserted a Bible into the role and implied Stella had Christian leanings, but there's no real resolution. I'd rather she had kept that part out or had some more solid ending to it.

*Disclaimer: I received this book for free in exchange for my honest review of it.
Posted by Wheeler Reviews at 2:10 PM