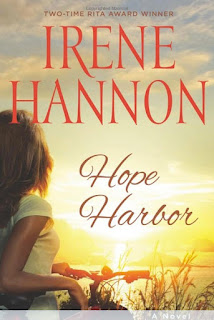 I requested Irene Hannon's "Hope Harbor" because I had read a few of her suspense novels and was curious if her romance would be as original. I found "Hope Harbor" to be well written and full of character development, but ultimately just another romance novel.

Each of the main characters have lost spouses and hide secrets while blaming themselves for their pasts. But the one revelation that could actually be surprising - that the leading man looks a lot like the estranged son of the town recluse - is thrown aside without explanation. Also, once again Hannon introduces a new character point of view at the tale end of the story for one or two short chapters, which is a pet peeve annoyance of mine and really a big no no in the writing world.

So, if you're in the mood for a slow, but endearing romance without much originality in its telling - nothing much happens for a climax, either - or if you enjoy Hannon's previous writing, then this is a good read. But for most, there are better options.

*Disclaimer: I received this book in exchange for my honest review.
Posted by Wheeler Reviews at 3:32 PM